Balance Bikes are Not for Every Kid, Including My Daughter

Sep 18, 2017 By Josh Lipton Posted in The Archives Tagged with Family Cycling 12 Comments

I confess, as the owner of a business designed to empower transportation focused cyclists, I have barely spent any time attempting to teach my daughter to ride a bicycle, and she is almost six.

Her birthday is next month. So I’ve resolved to get her a nice bike and make things right. When my daughter was two or so, I brought home a balance bike from the shop and thought my work was done. But no one told me that not every kid is instantly attracted to balance bikes, frothing at the mouth to compete in the Strider world championships.

She had fun on the balance bike, but most of the fun involved me crouching over, grabbing the handlebars and pushing her around the yard, which was a little bit of fun for me, but not turning her into a precocious cyclist.

We didn’t want to try to push her into something she wan’t interested in, so we let it be.  I did occasionally try to coax her to push the balance bike on her own, but it was a losing battle.

It began to dawn on me that balance bikes were not the end-all, be all to kids learning to ride bikes, as I’d had been beaten into me by their proponents, and then propagated onwards to our customers.  Some kids need another way. After our floundering around with the balance bike, which has since been inherited by Amelia’s little brother, who has ignored it  with similar disdain, we’ve moved onto several other devises.

Much to my dismay, for Amelia’s fourth birthday, her grandparents got her a princess bike with training wheels.  While balance bikes were not the answer for Amelia, a princess bicycle was definitely not the answer for her bicycle advocating dad.  I begrudgingly assembled that piece of junk on Christmas morning and took her first ride.  And while she liked it to a certain extent and had a little fun, it really wasn’t the answer either.  She wasn’t really learning to ride and it basically has just entered the rotation of toys that occasionally gets pulled out. While the princess bike has languished, one of Amelia’s other Grandma’s acquired an old school tricycle for her.  Now that has been a truly big hit for Amelia and Jackson.  As pictured below, they’ve had a blast riding around together. While I may have been slacking along the lines of teaching Amelia to ride, there has been no shortage of bicycle riding for Amelia.  It’s just that she’s only been a passenger.  From our Xtracycle with Yepp Maxi Easyfit setup to riding with her brother in the Thule Chariot Cougar 2 to our Surly ECR outfitted with Yepp Maxi and Yepp Mini capable of taking the kids on some easy trails, she’s seen the gamut of child transportation by bike. 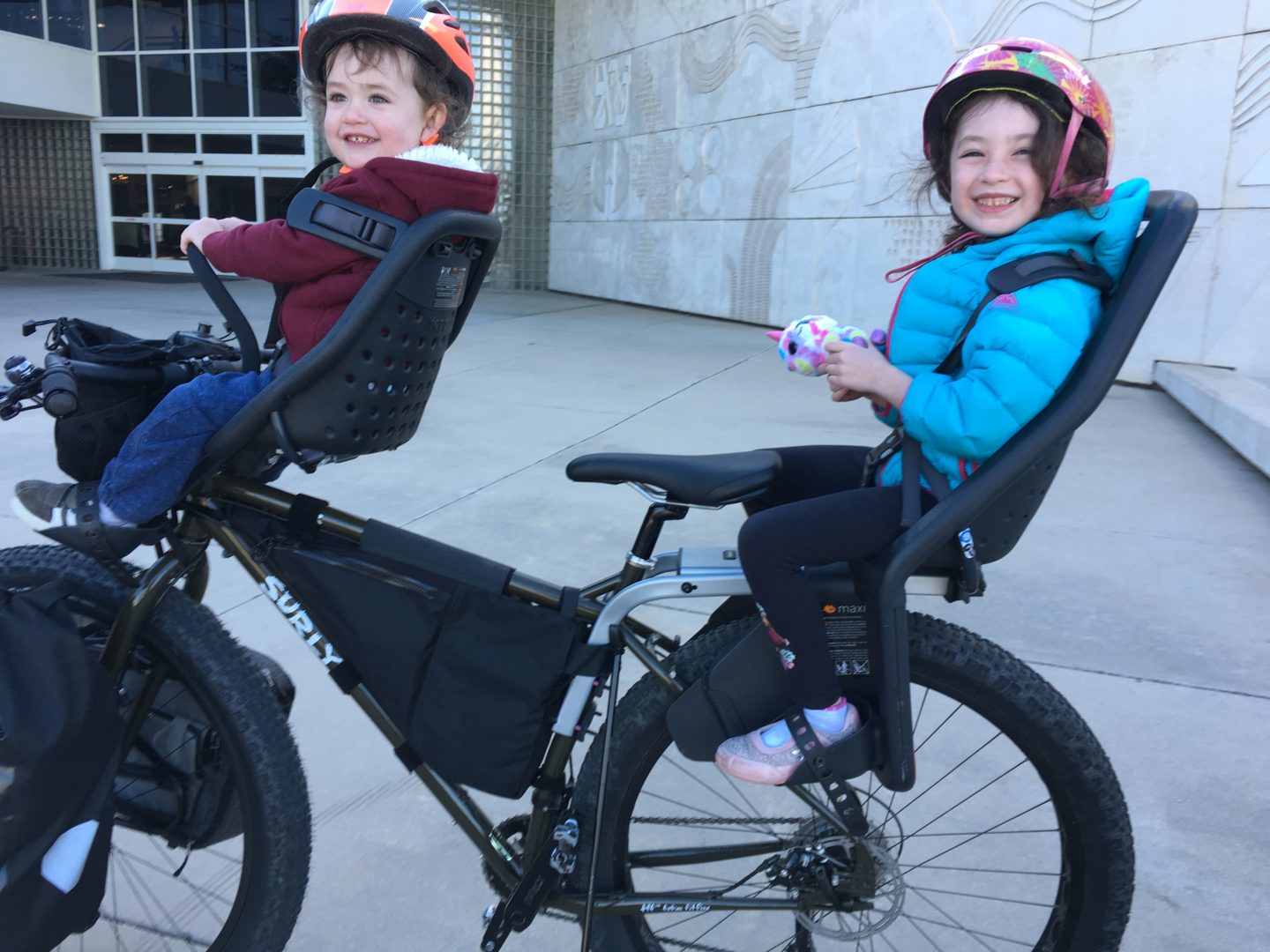 But now it is time to teach her to learn the joy and freedom of riding on her own.

Last week I called up Cleary Bikes and ordered Amelia an Owl.  Ryan at Cleary bikes who also happens to be a very experienced cycling instructor, gave me the key points of how he teaches children to start riding bicycles.  He says if a kid can walk in a straight line he can teach them to ride in 1 to 3 hours, and more typically towards an hour.

His key points were:

I’ll be attempting this next month with my daughter and will be reporting back with what I learn.  Wish me luck!

If you have any great tips or tricks for teaching kids to ride a bike or just some funny stories, we’d love to hear them in the comments below.

12 thoughts on “Balance Bikes are Not for Every Kid, Including My Daughter”

Confessions of a Downhill Junkie