Jul 30, 2008 By Warren Tobaben Posted in The Archives Tagged with Commute by Bike 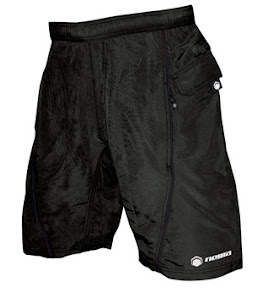 Up until recently I used to say that I would never be caught wearing cycling shorts. I didn’t see the need. Then came a 50 mile ride on Missouri’s KATY Trail last year. A good friend of mine told me that I’d me miserable without the padding the chamois in a pair of cycling shorts would provide, so I bought a cheap pair and wore them for that ride. They probably helped out on the 50 miler, but I didn’t like the way they, um, fit and haven’t worn them since.

Father’s Day, my wife bought me a pair of Nema Jewel shorts. Since I’ve opted to take a 20 mile route to work in the morning in place of the direct 3.5 mile route, I was eager to try them out. Okay, I admit it, I Love them. For any ride over 10 miles, this is the way to go.

… and the chamois provides some really nice padding.

An unexpected benefit was discovered last week when I rode through some sprinklers; the outer short did an excellent job of keeping the cell phone in the cargo pocket dry. The water evaporated quickly as well … it never soaked in. 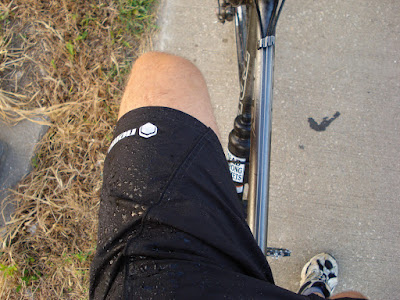 As of this post the shorts run $59.99 US. I have no hesitations in recommending them.